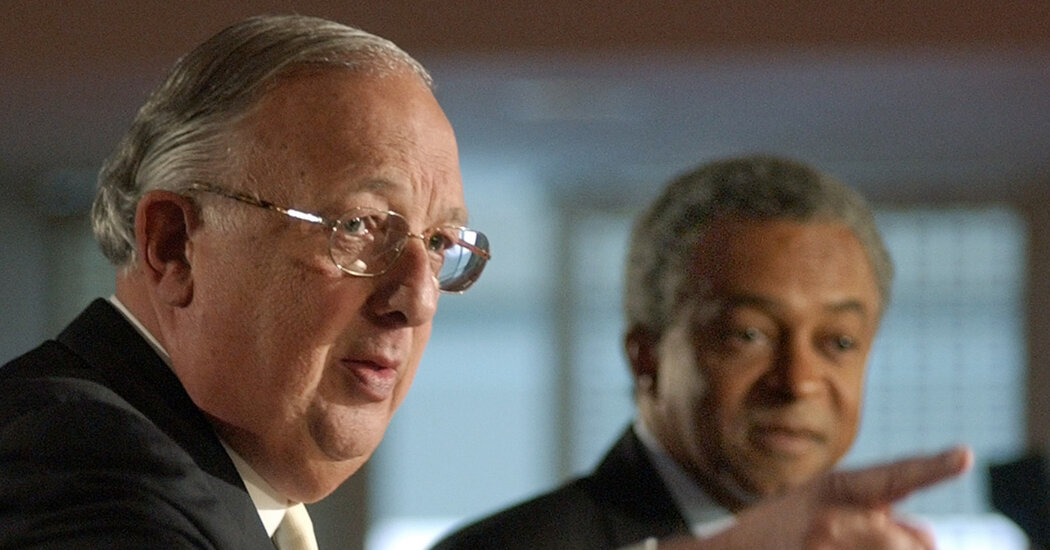 Many executives who were hired or mentored by Mr. Komansky followed him to the highest echelons of Wall Street, among them, in addition to Mr. Gorman, Laurence D. Fink, the founder and CEO of BlackRock, the most the world’s largest asset manager; and Andy Sieg, who heads the wealth management division of Bank of America.

Mr. Komansky even befriended rivals including Henry M. Paulson Jr., the former Treasury secretary and head of Goldman Sachs. The two joked about traveling the world to meet clients, sometimes landing in towns within days of each other.

“He was a very tough competitor whom I always considered a friend,” Paulson said in an interview. “His interpersonal skills were legendary. “

David Herman Komansky was born April 27, 1939 in Mount Vernon, NY. His father, William, the son of Russian Jewish immigrants, worked the night shift as a postman. Her mother, Mae, came from a large Irish Catholic family and later converted to Judaism. Mr. Komansky has kept a memory of his humble roots on his desk: a photo of the Grand Concourse building in which he grew up.

He took an unusual path to the top. After dropping out of the University of Miami, Mr. Komansky made stints in the Coast Guard and held odd jobs before going to work for a local brokerage in New York.

He was hired by Merrill in 1968 as a trainee financial advisor in Queens and began his career up through the ranks, managing sales in Detroit and New York, then nationwide for Merrill’s private client group. .

After completing a management program at Harvard University, Mr. Komansky was promoted by Daniel P. Tully, the then CEO, to manage capital markets activities, including stocks and debt. He became President and Chief Operating Officer in January 1995 and Chief Executive Officer in December 1996. He was appointed President the following spring.

Digital Australia is losing its competitiveness