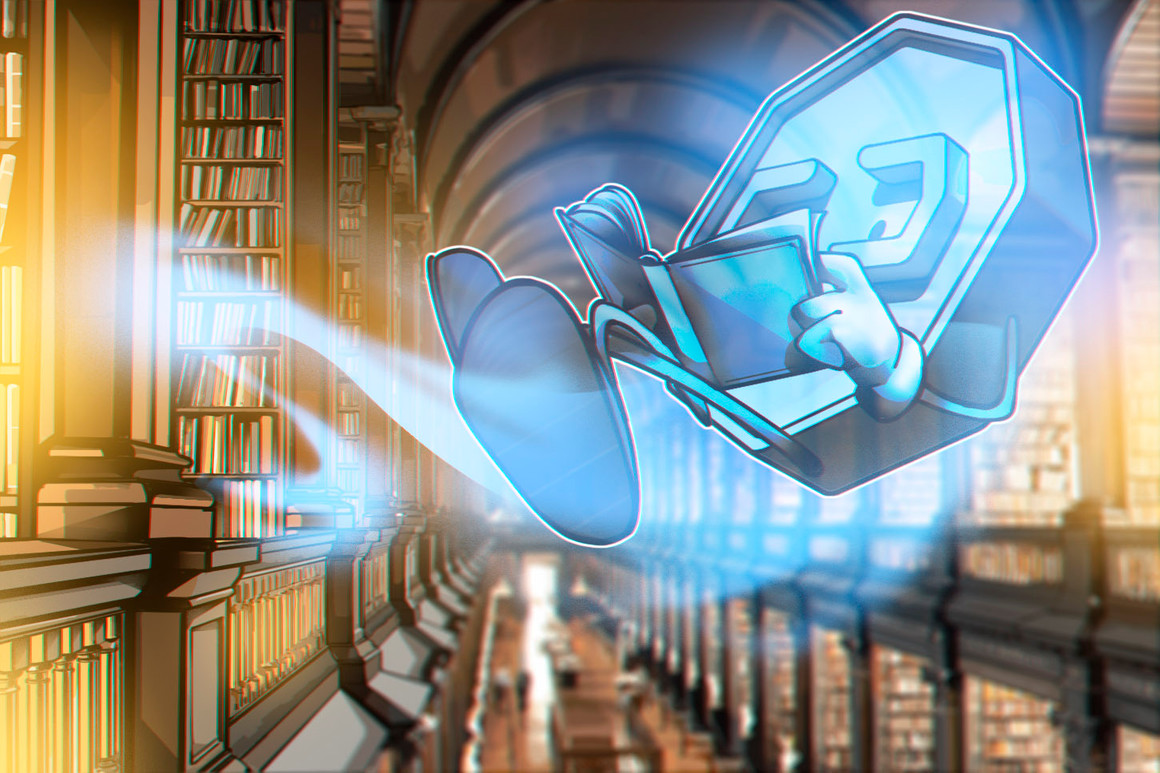 Writing a book on decentralized finance is a bit like describing an enigma, shrouded in mystery within an enigma, to borrow from Winston Churchill. First, you have to sum up the origins of modern decentralized finance, then the mechanics of blockchain technology which is the backbone of the industry, and only then do you get to DeFi’s infrastructure. All this should also be done in 191 pages, including the glossary, notes and index. This is not a business for the faint of heart.

Fortunately, the authors of DeFi and the future of finance – Campbell Harvey, professor of finance at Duke University, Ashwin Ramachandran, general partner of Dragonfly Capital and Joey Santoro, founder of Fei Labs – were up to the task. After recapping the â€œfive flaws of traditional financeâ€ – inefficiency, limited access, opacity, centralized control, and lack of interoperability – they explain how DeFi improves the status quo.

Take the problem of centralized control. Governments and large institutions hold a “virtual monopoly” on the money supply, the rate of inflation, as well as “access to the best investment opportunities,” the authors wrote. DeFi with its open protocols and immutable properties â€œoverturns this centralized controlâ€.

As for how DeFi responds to the lack of opacity of traditional finance: [DeFi] parties know the capitalization of their counterparties and, to the extent necessary, can see how funds will be deployed, â€which mitigates counterparty risk. Much like inefficiency, â€œa user can largely self-serve within smart contract settingsâ€ in a decentralized application by exercising a put option, for example.

What about the failure of traditional finance in limited access? DeFi gives underserved groups like the world’s unbanked population direct access to financial services, the authors wrote, offering as an example yield farming, a DeFi process where users are rewarded for putting capital under. the form of a governance token which makes them, in effect, co-owners of the platform, â€œa rare occurrence in traditional financeâ€.

The authors also described the ways in which DeFi protocols can be layered (i.e. the composability of DeFi, sometimes referred to as â€œDeFi Legosâ€), which helps to bridge the interoperability gap. Once a basic infrastructure is established (to create a synthetic asset, for example), â€œany new protocol for borrowing or lending can be applied. A higher level would provide leverage in addition to the borrowed assets.

Chapter 6 explores eight main DeFi protocols in depth: MakerDAO, Compound, Aave, Uniswap, Yield, dYdX, Synthetic, and Set Protocol. Each section is accompanied by a very useful table, where the first column describes how traditional finance solves a particular problem, and the second column how a specific DeFi protocol deals with that problem.

For example, in Table 6.3, â€œProblems Resolved by Aaveâ€, the first row deals with â€œcentralized controlâ€. In the current financial system, â€œthe borrowing and [are] controlled by institutions â€, whereas in the DeFi approach, column 2,â€œ Aave interest rates are algorithmically controlled. ”

Traditional finance only provides “limited access” within its legacy systems. In other words, “only selected groups have access to large amounts of money for arbitration or refinancing” (row 2, column 1), while in the Aave protocol, “flash loans democratize access to liquidity for immediately profitable companies â€.

The third row focuses on ‘inefficiency’, particularly on ‘suboptimal borrowing and lending rates due to inflated costs’ in traditional finance, while Aave’s solution (row 3, column 2) is â€œinterest rates pooled and optimized in an algorithmic mannerâ€.

The authors were careful to remind readers that “all innovative technologies introduce a new set of risks.” In the case of DeFi, these are plentiful, including smart contracts, governance, oracle, scaling, DEX custody, environmental and regulatory risks.

“Software is particularly vulnerable to hacks and developer malpractice,” the authors wrote, while recent bZx and DForce hacks “demonstrate the fragility of smart contract programming.”

Among these new threats, the â€œoracle riskâ€ occupies a particularly important place. DeFi protocols require access to accurate and secure price information to ensure the proper functioning of actions such as liquidations and prediction market resolutions. â€œBasically, oracles aim to answer the simple question: How can off-chain data be safely reported on-chain? Yet all online oracles as they are currently constituted “are vulnerable to front-running, and millions of dollars have been lost to arbitrageurs,” they wrote, adding:

“Until oracles are native to the blockchain, hardened, and proven resilient, they pose the greatest systemic threat to DeFi today.”

â€œThis book is fundamentally about financial democracy,â€ co-author Harvey told Cointelegraph. The book’s preface, written by a figure no less important than the creator of Ethereum, Vitalik Buterin, reminds readers that “financial censorship continues to be a problem for marginalized groups”, especially in developing countries – That’s why DeFi is important.

The average reader may find this book a bit technically heavy, however. The graphs include superlinear and logistic / sigmoid bond curves, for example, which may protrude from some heads. Those who want to know how a flash loan actually works will find it useful; the book’s glossary is comprehensive and useful.

It would have been enlightening, however, to learn more about how DeFi was starting to change the world, such as offering banking services to the unbanked or insurance to the uninsured – although that may be beyond the scope of the book.

One might wonder what percentage of the world’s â€œunbanked populationâ€ actually benefits from â€œyield farming,â€ a still esoteric DeFi process that the authors nonetheless cite as an example of how DeFi provides access to â€œthose who need itâ€. need financial services. but that traditional finance leaves behind. Not too much, we can guess.

Sadly, the DeFi world still seems to focus today on how to leverage or arbitrate between markets rather than solving the problems of the world’s poor. The book also doesn’t devote much ink to defending DeFi against criticism in the mainstream business press such as the Wall Street Journal., Who Noted in September that DeFi “was bringing casino capitalism to the crypto masses.”

This is not the authors’ vision of the future. On the contrary, they see DeFi as â€œthe scaffolding of a radiant new city. […] Finance becomes accessible to all. Great ideas are funded, no matter who you are. A $ 10 transaction is treated the same as a $ 100 million transaction. Savings rates rise and borrowing costs fall as unnecessary middle layers are removed. Ultimately, we see DeFi as the biggest opportunity of the next decade and look forward to the reinvention of finance as we know it. “

These are laudable goals, although they are unlikely to be achieved in the immediate future. Until then, this book should be of interest to anyone looking to unravel the inner workings of DeFi.

How to get a loan without credit