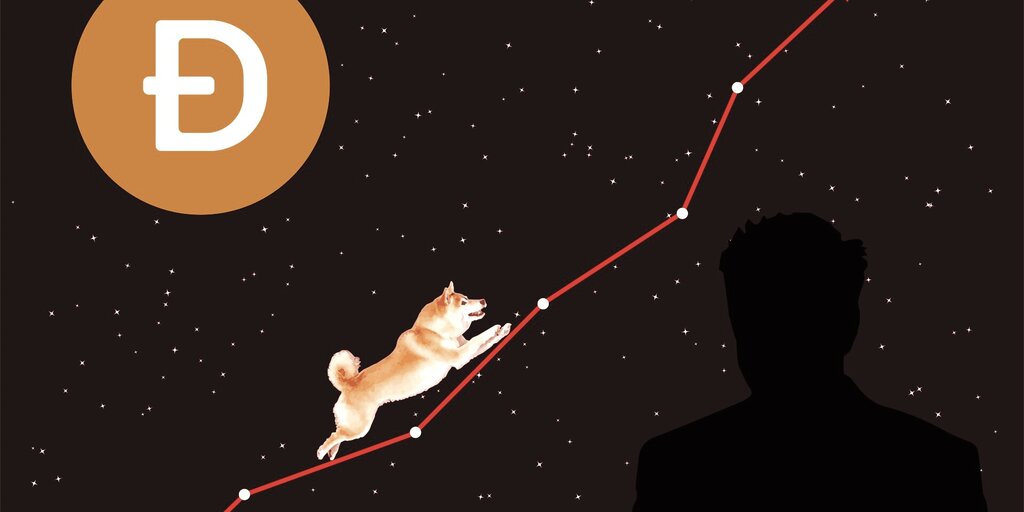 As the current crypto rout continues, both Bitcoin and Ethereum are down 30% in the past week and the total crypto market capitalization has fallen to $830 billion. But Elon Musk said he would “continue to support Dogecoin”.

I will continue to support Dogecoin

Of course, 5.8 cents is a far cry (a 91% drop, to be exact) from the 72 cents Dogecoin hit in May of last year, when Musk hosted “Saturday Night Live” and Dogecoin was mentioned. in his opening monologue and on Weekend Update. (“It’s a commotion,” Musk replied to Michael Che’s question about DOGE.)

Musk has been Dogecoin’s most prominent cheerleader since April 2019 when he tweeted, “Dogecoin might be my favorite cryptocurrency.” Throughout 2020 and 2021, Google search for Dogecoin increased every time Musk tweeted about the meme coin. In May 2021, Decrypt reported that the Dogecoin developers had even been in close contact with Musk about changes he wanted to make to the code.

More recently, Musk (along with Mark Cuban) argued for using DOGE for payments, which would make the joke a real utility and less of a joke.

And in his recent offer to buy Twitter, Musk repeatedly said that one of the immediate features he would implement is Dogecoin tipping (Twitter currently only supports Bitcoin tipping) and acceptance of DOGE as payment for premium services like Twitter Blue.

It’s hard to see what would have to happen for DOGE to get back to 72 cents when sitting around a nickel, but if Musk keeps pumping it, anything is possible.

Cryptocurrency payment for freelancers is now an option; Here’s how it works