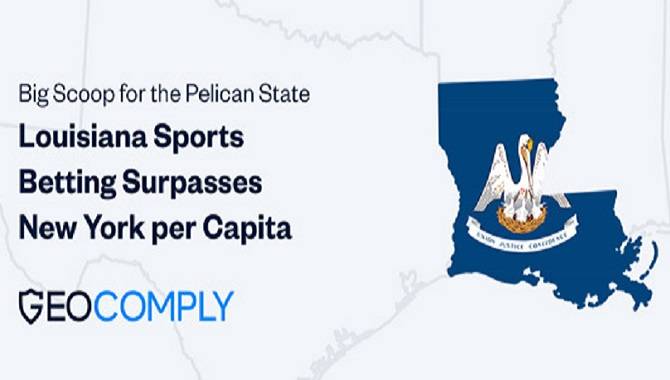 GeoComply has compiled a report regarding the first weekend of online sports betting in Louisiana.

Between January 28 and January 30, 2022, more than 3.4 million geolocation transactions were recorded across the state.

Nearly 70% of GeoComply’s volumes occurred in the southeast portion of the state, encompassing Baton Rouge and New Orleans.

Several tribal exclusion zones and nine parishes make up the state’s unique patchwork of “geofences” where betting is not permitted.

According to GeoComply, Louisiana ranked eighth in terms of transaction volumes for the weekend, ahead of Indiana, Tennessee, Colorado and Connecticut.

GeoComply added that geolocation transactions are not equivalent to total bets, just a strong indicator of market activity.

Founded in 2011, GeoComply is a provider of fraud prevention and cybersecurity solutions that detect location fraud and also help verify the true digital identity of users.

The company’s software is installed and used on more than 400 million devices and analyzes more than 3 billion transactions each year.

Its technologies are specially developed for the regulated and complex market of online sports games and betting.

Do online “neobanks” protect our money like ordinary French banks?