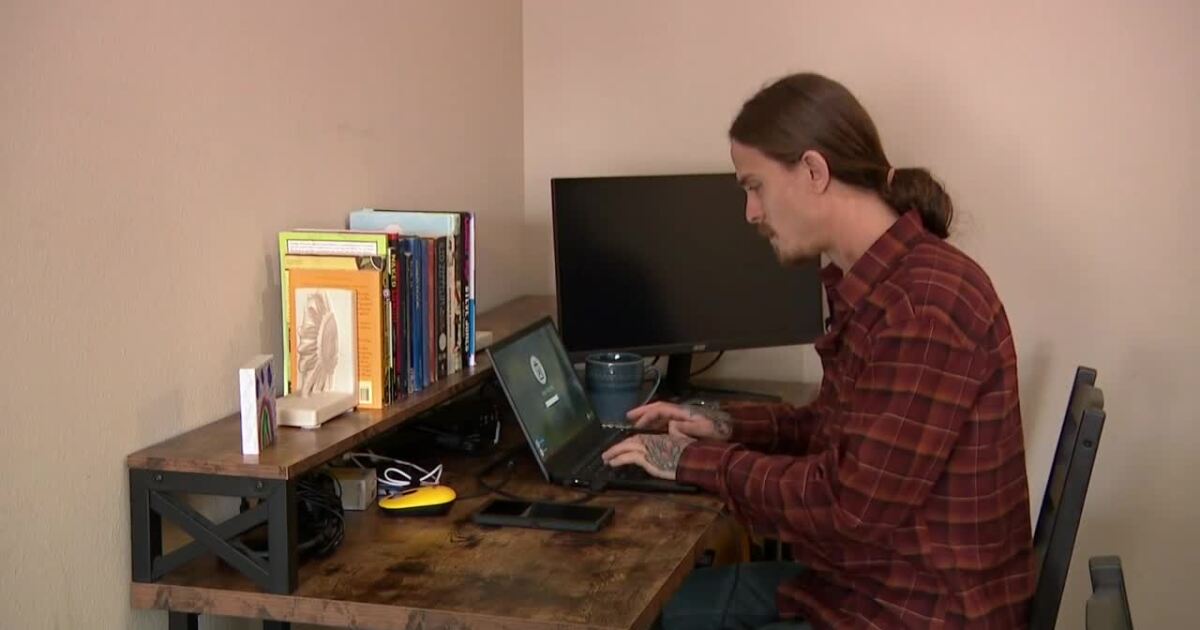 MSU-Denver student scammed out of $18,000 by cryptocurrency investment scammers

DENVER — Allan Peschke recently started attending MSU-Denver and was looking for a remote job to fit his schedule as a student, husband and father. He posted his resume on Linkedin and Indeed, and within weeks he received a job offer.

“I got this email from a company called Avena,” Peschke said. “It looked legit. They had a website, their email domain ended with the company name. I looked up their address, it was a tall skyscraper in Florida.”

After a successful selection process, the so-called company told Peschke that he had been hired.

“My role was going to be a remote investor buying and selling cryptocurrency,” Peschke said.

At first, everything seemed to be fine.

“She gave me account numbers, routing numbers that they claimed was a work account for me that they would put money into,” Peschke said.

The company would then send money to Peschke’s bank account.

“We’re talking thousands of dollars,” Peschke said. “I saw this money coming into my account with everything I had in it.”

Peschke was then tasked with buying bitcoin with that money and sending it to the company’s cryptocurrency wallet.

A few days later, he noticed something wrong with his bank account.

“I was going to school and I opened my Bank of America app, and I realized there was $7,500 in debt,” Peschke said.

A few days later, he learned that this debt had grown to $18,000. As a result, the bank kept its student loans that were deposited into this account.

“I had to withdraw all of my 401k to cover rent for the past two months. I had to donate plasma,” Peschke said.

“These people tend to be one step ahead of law enforcement,” Garcia said. “They’re still developing, they’re still learning.”

Joshua Ross, director of entrepreneurship at the University of Denver, says it wouldn’t be a stretch if scammers were watching Colorado and learning more about its crypto-friendly culture.

“Colorado is the first state to accept crypto to pay your taxes and other fees,” Ross said.

This is just the beginning of where Governor Jared Polis wants to take Colorado by making it the most crypto-friendly state in the country.

“Cryptocurrency and blockchain technology are growing,” Ross said. “There will be scams. There will be scammers trying to take advantage of unsuspecting people, so you really have to understand how it works and really what the risk is when you get involved.”

“I don’t know what we’re going to do,” Peschke said.

Top 13 types of NFT: here is the complete list