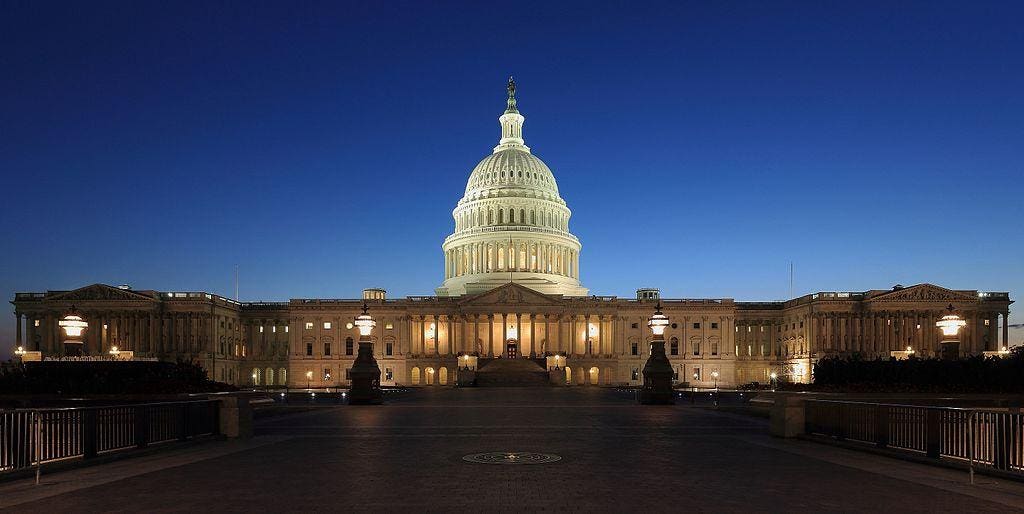 The Nuclear Energy Innovation and Modernization Act (NEIMA) directs the Nuclear Regulatory Commission to adopt faster regulations for new nuclear reactors and to establish a better licensing structure and faster for nuclear reactors. It was signed by the president and became law last week, Jan. 14.

The 361 to 10 votes to approve in the House indicated a fairly high level of bipartisanship, as did unanimous consent with a voice vote in the Senate.

NEIMA also imposes a cap on the NRC’s annual fees for existing reactors, with adjustments for inflation, to ensure that the operating fleet is not unfairly affected by the decommissioning of reactors.

The other law is Nuclear Energy Innovation Capabilities Act (NEICA) which became law last September. NEICA updates the mission and objectives of the Ministry of Energy’s civilian nuclear power programs, in particular by supporting the deployment of advanced reactors and developing a reactor-based fast neutron source for fuel testing and advanced reactor materials.

NEICA is expected to accelerate the development of advanced reactors in the United States by removing some of the financial and technological barriers that have so far slowed nuclear innovation at a breakneck pace. NEICA commits the government to supporting the commercial nuclear sector, encouraging cost sharing and partnerships between government and the private sector that will help small businesses.

This is important, because all the major climatologists in the world calls for an increase in nuclear energy to fight against global warming. And the new designs are perfect for that.

This effort will also help the United States maintain its nuclear leadership in the world.

The provisions of NEICA build on the successful public-private partnerships facilitated by the Gateway for accelerating innovation in nuclear power (WIN) at Idaho National Laboratory, which helps accelerate the development and deployment of advanced reactor technologies.

“Truly transformative advanced nuclear technologies are being developed in America and this bill only strengthens this administration’s continuing efforts to revitalize the nuclear industry,” said Ed McGinnis, Deputy Principal Assistant Secretary of the Bureau of Energy nuclear.

Indeed, the latest designs for nuclear power are pretty cool – small modular reactors, molten salt reactors using both uranium and thorium, fast reactors like Bill Gates designs, high temperature reactors, and even fusion reactors, none of which can melt and all of which can keep up with the load of renewables as well as natural gas.

Idaho’s National Laboratory is set to build a rapid nuclear test reactor called the Versatile irradiation test reactor (VITR) which will be able to operate and test new types of nuclear reactors, in particular fast reactors which will have ten times more energy than existing reactors and will create nuclear waste which is easier to handle and which will not heat very long time.

VITR will also end our dependence on Russia for this type of test.

Another recent milestone happened last week when the DOE completed an environmental assessment that paves the way for the manufacture of high-dose, low-enriched uranium (HALEU) fuel for advanced nuclear reactors, also at Idaho National Laboratory. HALEU fuel contains less than 20% U-235, still well below the highly enriched material used in weapons, but is required for most new reactors. Existing commercial reactors use fuel enriched to about 5% U-235.

Now Energy Secretary Rick Perry has six months to provide Congress with a report assessing the capabilities of the DOE to house and operate experimental advanced nuclear reactors at our national laboratories and other government sites. The secretary will also present two ten-year budget plans for nuclear research and development.

Hopefully this legislation, along with more to come, can put the United States back at the helm of the world with the best technologies to fight the double scourge of global energy poverty and environmental degradation.

Muslims, Sikhs, and others feel suspicious of the way they worship Obama