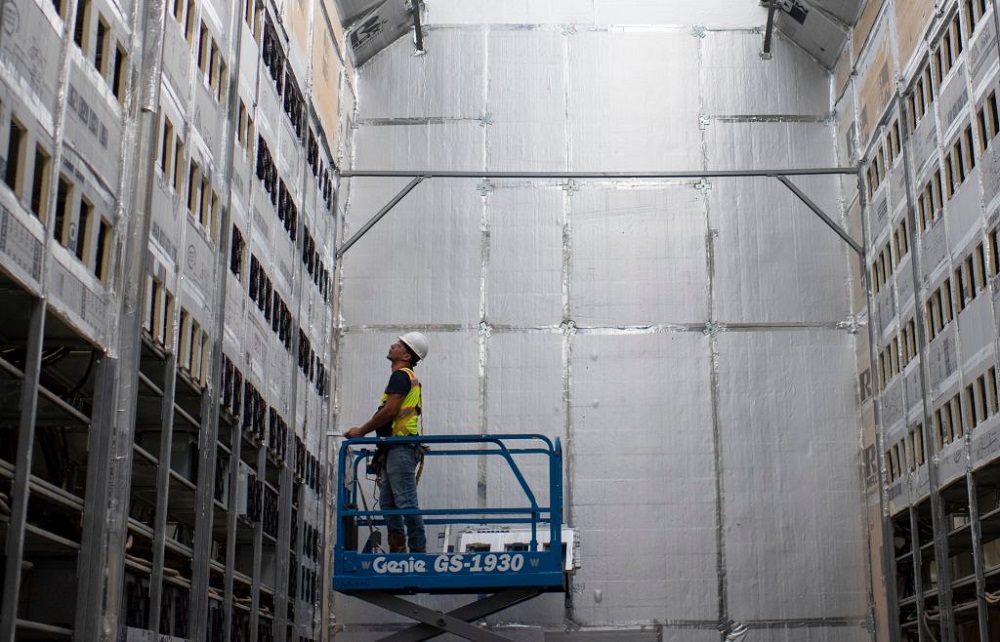 Governments will always be overtaken by technological innovation. The Internet, or cyberspace more broadly, is a unique realm in which governments have yet to successfully navigate as they have with land, sea, air and space. It was the first technology to become an intangible good that could not be manufactured, distributed and regulated in the traditional sense.

It is increasingly clear that current political strategies do not work with cyber and, more specifically, with blockchain technology. Blockchain creates an unbreakable, durable, and largely permissionless system that negates the traditional foundations of trust that government authorities and large corporations provide. The key to understanding this phenomenon is that although blockchain technology is closely associated with decentralized finance and cryptocurrency, its usefulness extends beyond these areas.

IBM defines blockchain technology as “a shared, immutable ledger that facilitates the process of recording transactions and tracking assets in a corporate network.” The fundamental innovation of blockchain is that it enables a peer-to-peer network with a shared message history and no central authority. A blockchain message content can be anything a network accepts as valid and can even include program installation and execution messages.

Governments need to recognize that their traditional strengths and regulatory capabilities are not as effective in this digitalized world. Instead, they increasingly depend on private sector innovation to protect national interests. At the same time, the private sector becomes less dependent on governments. This operational change is occurring as strategic global energy competition overshadows a realistic assessment of these changes and their implications.

The blockchain is enabled by a network of nodes that cross-check and verify information and functions as a distributed ledger that constantly records all transactions. The technology allows for great transparency without compromising anonymity. Stored data cannot be changed or deleted – all information can be traced and verified as true and accurate by the user community. Crypto wallets, for example, allow users to remain largely anonymous without compromising transaction integrity. Smart contracts are protocols run on the blockchain to ensure that transactions occur with certainty when predetermined conditions are met.

To understand the long-term implications of blockchain technology, it is essential that the network cannot be interrupted or taken down by a single authority. It would take an event affecting the functioning of the Internet on a global scale for it to stop working, which is highly unlikely.

These functions of blockchain technology have facilitated the creation of hyperstructures, defined as “crypto protocols that can operate for free and forever, without maintenance, interruption or intermediaries”. Hyperstructures fundamentally challenge the traditional role of governments, multinational corporations and providers of critical national infrastructure, as these services and platforms can be operated and maintained without them.

The permanence of hyperstructures also affects how certain public goods are created, maintained and owned. A hyperstructure generally operates as a decentralized autonomous organization, or DAO, a legal structure with no governing body. Ownership and decision-making is shared by DAO members, who make decisions that benefit the community as a whole rather than individual interests.

There is enormous potential for hyperstructures to function as a public good in the form of a digital backbone for critical national infrastructure such as water treatment plants, power plants and other utility providers. Hyperstructures limit the risk of human error and cyber attack and remove liability and single vendor ownership by operating like a DAO. These installations can operate independently and perpetually.

While the technology is still in its infancy, hyperstructures demonstrate the potential that blockchains hold for social, political, and economic organization by changing the currency of trust. Trust enables reliable, efficient and truthful exchanges in society and is often facilitated by an intermediary such as a government agency or a company. Trust has not always been guaranteed by governments.

For example, the Soviet Union’s failure to ensure sufficient trust in its institutions gave rise to a veritable mafia culture. Criminal organizations have been able, through brute force and protective services, to secure alternative channels of trust in economic, political and social exchange where the state has failed. From now on, even if the confidence in the States is not necessarily failing, the blockchain and the hyperstructures offer an alternative. However, while the continued success of the mafia in the Soviet Union cannot be guaranteed, the enduring, permissionless, and unstoppable characteristics of blockchain technology are assured. This reflects a changing balance of power between the public and private sectors.

The popular non-fungible token market (NFT) Zora is an example of a functional hyperstructure that has been used to influence world events. In March 2022, an NFT of the Ukrainian flag was auctioned off by social advocates including Russian protest group Pussy Riot, using the Zora market to help with the Ukraine crisis. The sale of NFT raised 6 million euros. The auction could not be stopped by participants, opponents or Zora administrators. The event illustrates how technology can be used instantly to achieve a goal without the need for intermediaries, such as governments, to support or facilitate the allocation of funds or aid. The funds could then be traced directly and transparently to their recipient.

Blockchain’s ability to enable trust in the authenticity and provenance of information is used by organizations such as Starling Lab, which captures, stores and verifies information. Its research and experimentation guarantee permanent confidence in digital information. Starling Lab used technology to document and secure the integrity of digital evidence of Russian war crimes in Ukraine. The fact that the public can use blockchain to hold states accountable shows how the technology is likely to reduce reliance on government to validate and build trust.

The same principles are applied by the Decentralized Identity Foundation, which uses blockchain to develop protocols that allow individuals to be identified securely and accurately without the need for a centralized system or authority. Successful application of these protocols could even reduce reliance on governments to provide things like driver’s licenses and passports to authenticate personal information, if a digital identity is just as reliable.

The concept of the Decentralized Identity Foundation involves a single interoperable digital identity between service providers and organizations, reducing the amount of personal data stored in individual company profiles. The digital identity can reliably log in and out of their systems with trusted authenticity. Debates over data sovereignty and personal information security should be impacted by this concept, as blockchain would provide individuals with transparency over how their data is being used.

These examples show how the private sector can use changes in the public trust infrastructure to distance itself from government. Blockchain technology is transforming the way we store, communicate and control data. Being decentralized, it offers an alternative to the traditional role of the state and big business in trust between two agents.

Since blockchain is in its infancy, governments have the opportunity to determine how involved they want to be in shaping its development, nationally and globally. Canberra should consider purchasing DAOs so that it can interact effectively with public infrastructure and represent Australia’s wider security interests in governance structures. Without ownership of the ruling hyperstructures of the DAOs, governments would have little ability to influence their operations. Concretely, this would initially involve identifying hyperstructure projects that have value for critical national infrastructure or that are already in use by suppliers.

The government also needs to consider whether active engagement in decentralized infrastructure and governance systems aligns with the liberal democratic principles of Australian politics. This opens up an opportunity for discussion on how radically the government is willing to expand its regulatory toolbox.

The 2020 National Blockchain Roadmap outlines Australia’s preliminary investment in research to “capitalize on opportunities and address challenges”. However, this is a rapidly evolving field, and the use of technology during the Ukraine crisis shows how quickly and resourcefully it can be adapted to meet different needs. How Canberra can be informed, active and creative during this time of innovation needs to be at the forefront of discussions. Regulation needs to be less short-term and reactive, and should instead proactively consider the long-term relationship with the private sector.

For this, it is essential to learn to adapt to the changing balance of power between the private sector and governments. Ultimately, as social trust mechanisms change, the government’s view of its national and international capabilities and intentions must also change.