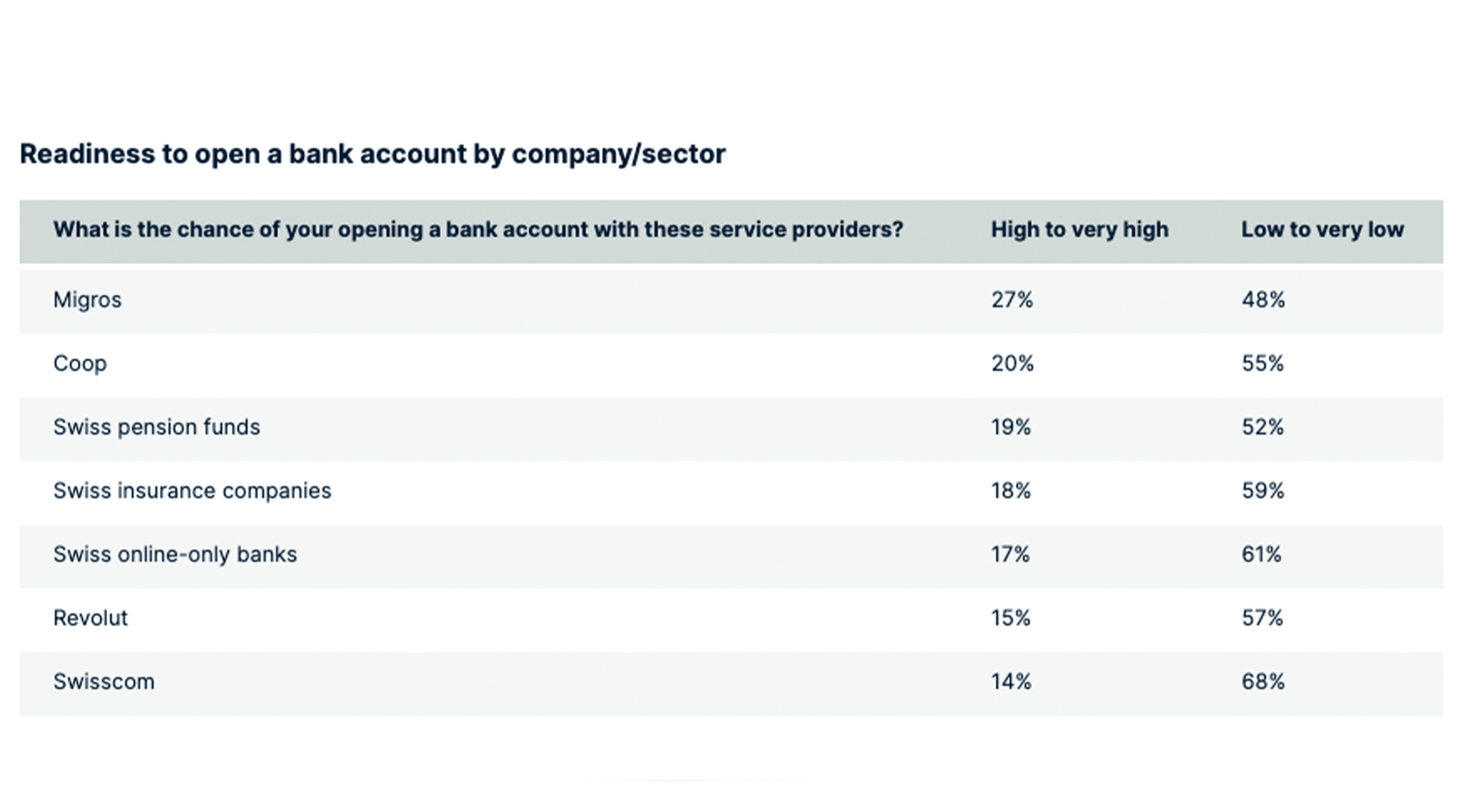 Despite being ranked as the most innovative economy of the year and benefiting from a vibrant fintech ecosystem, Swiss residents are still hesitant to join neobanks and non-traditional banking providers, indicating that digital challengers have still a long way to go before dethroning the historic banks.

A survey of 1,500 Swiss residents conducted by the local financial comparison platform Moneyland.ch found that only a minority of Swiss residents are willing to open a bank account with non-traditional banking service providers such as retailers, neobanks and big technologies.

Survey participants, who were asked how likely they would be to do business with each of the listed service providers, were most receptive to the Migros (27%) and Coop (20%) retail groups. ), which obtained the highest score on the list of providers.

Swiss pension funds (19%) and insurance companies (18%) turned out to be the next most likely candidates for personal banking, followed by Swiss direct online-only banks (17%) and Revolut ( 15%). 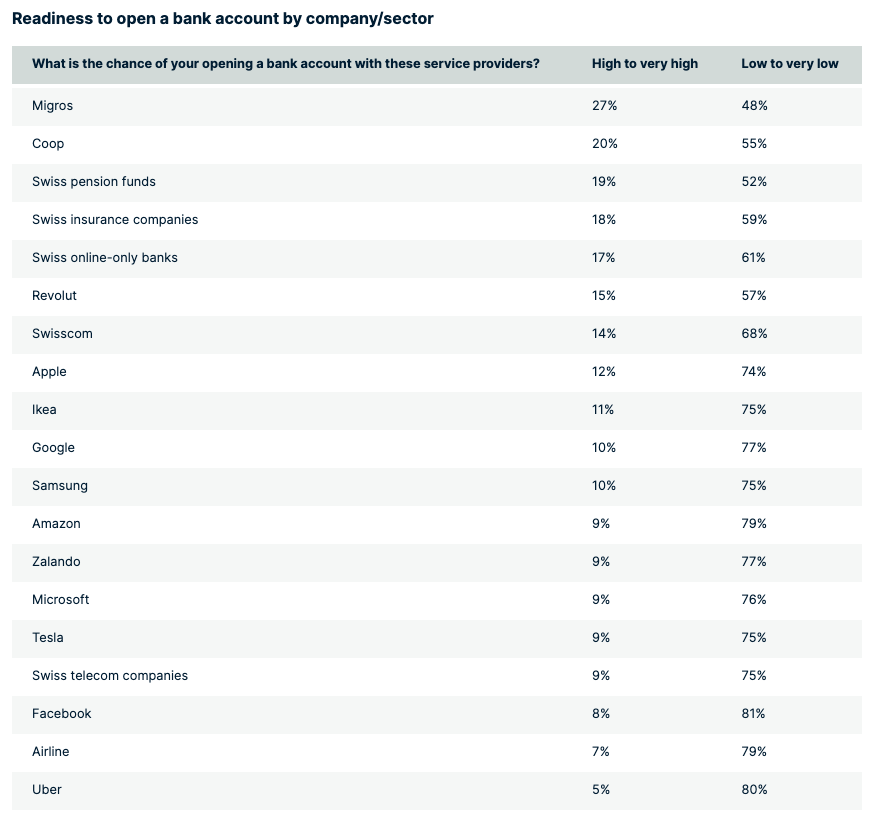 Despite disappointing performance, these numbers are an improvement over 2019 when Moneyland.ch first conducted this survey. At the time, only 6% of residents said they were open to banking with Revolut.

Comparing the figures for 2019 and 2021 also shows growing resistance to Swiss insurance companies and pension funds. Less than 20% of residents indicated their willingness to use an insurance company or pension fund for the bank in 2021, compared to more than 30% in 2019.

The willingness to open bank accounts with Google has also declined, dropping 5% points between 2019 and 2021.

Overall, tech companies have performed poorly this year, with around 80% of survey respondents barely seeing themselves doing business with these companies, or having no interest at all. Banking with airlines is also not an option for most residents.

The results of the Moneyland.ch survey are consistent with the findings of a study by Swiss banking technology provider Avaloq, which found that Swiss investors lag behind their European counterparts in the adoption of technology services. investment.

The survey, which interviewed 1,430 investors in 10 countries in Europe and Asia, revealed that only 8% of Swiss respondents invest through robo-advisory platforms, behind Germany, France and the United Kingdom , where 17%, 10% and 14% of investors, respectively, use robo-advisers.

These results follow the publication of the Global Innovation Index 2021, an annual ranking of more than 130 economies measuring their innovation capacities. In 2021, Switzerland remained the world leader in innovation for the 11e year in a row, topping the list for information and communications technology (ICT) use and spending on education, and leading the region for innovation outcomes, and in particular for patents by origin and intellectual property revenues.

Switzerland laid the foundation for regulation for fintech companies to thrive. This year, the Distributed Ledger Technology (DLT) law came into effect, introducing special provisions for the handling of crypto assets, enabling innovative DLT trading facilities and paving the way for the tokenization of securities.

In 2019, Switzerland introduced the Fintech license, which aims to lower barriers to entry into the market for fintech companies while increasing legal certainty for the entire sector. To date, three entities have obtained a license: Yapeal, a neobank startup; Klarpay, a merchant payments company; and Mogli, an e-wallet provider.