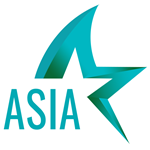 Las Vegas, NV, June 01, 2021 (GLOBE NEWSWIRE) – Asia Broadband, Inc. (OTC: AABB) (â€œAABBâ€) is pleased to announce two unique trading methods that are expected to launch in September 2021. Known as the name Quick Exchange and Advanced Exchange, these will be available in the AABB’s proprietary cryptocurrency exchange.

From the launch of the digital exchange, both trading methods will be available to users.

To ensure the liquidity of the exchange, AABB strives to provide instant transactions within the platform. Fast transactions improve liquidity and allow you to buy a token or coin at the desired price, without having to wait. A very illiquid market can allow a large entity, or a group of entities, to manipulate the price to its advantage. High liquidity, on the other hand, means low price manipulation and more precise crypto prices.

Particular attention is paid to cryptocurrency regulations imposed by authorities in North America and Europe. To be in compliance with these regulations and to simplify the process for users, AABB further optimizes the KYC / AML platform. The upgraded AABB wallet will allow users to download information in a more user-friendly way. It will also automatically report information to the necessary authorities upon request or when a user violates local PCMLTFA guidelines. The blockchain foundation is also enhanced to ensure faster transfers and transaction reports.

The AABB cryptocurrency exchange will also have at least 20 trading pairs; the main trading currencies are also associated with the AABB Gold token (AABBG). With the rise of gold and the slow decline of Bitcoin, AABBG has become a promising currency. As the price of gold slowly rises, so does AABBG, making it ideal for storing investments and making buy or sell transactions.

A new partnership between Core State Holdings, Corp. and Asia Broadband, Inc. will enable AABB to create a top-level modular digital asset exchange. It will be able to implement various modules, including broker modules, features for issuing crypto-secured loans, a credit / gift card module, and a module that links retail chains.

In other company news, AABB will post a gradual update to the proprietary cryptocurrency exchange version of the AABB wallet company. This is being developed with Core State Holdings, Corp. since the recent launch of the gold backed AABBG token. Once completed in the coming months, the exchange will allow AABB wallet users to quickly exchange their AABB Gold tokens for major cryptocurrencies such as Bitcoin, Ethereum, and Litecoin. The exclusive exchange will also increase transaction fee income and enable the price appreciation of AABBG, which is influenced by market demand and the limited supply of tokens put into circulation.

Asia Broadband, Inc. (OTC: AABB) is a resource company specializing in the production, supply and sale of precious and base metals. Working primarily in Asian markets, the company uses its specific geographic expertise, experience and extensive industry contacts to facilitate innovative distribution processes, from the production and supply of precious and base metals in Mexico to the networks. sales customers in Asia.

This vertical integration approach to sales transactions is AABB’s unique strength. This differentiates the company and creates distinctive value for shareholders. AABB recently released its freshly minted AABB Gold Cryptocurrency Gold Token (AABBG) from mine to token and is striving to become a global, secure and reliable exchange standard with gold backing. It will be of exceptional quality compared to other cryptocurrencies.

How we helped our 95-year-old grandmother learn about technology